Peter Singer on Harvesting Organs from the Living Dead 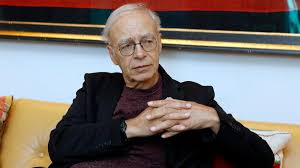 The controversial bioethicist Peter Singer has suggested that we abandon brain death altogether. He said:


“I think that the view most conducive to clear thinking about these issues is to stick with the traditional definition of death, in terms of the irreversible cessation of heartbeat and of the circulation of blood, and leave all the other issues – when one may turn off respirators, or remove the heart and other organs – as ethical questions, with the best answer not determined solely by whether the patient is alive or dead.”


In this paper Singer discusses where brain death should be thought of as an ethical matter or a matter of fact. Singer concludes that it is permissible to harvest organs from an individual who is living with brain death. That is to say, that "the irreversible loss of consciousness is a necessary and sufficient condition" for organs to be harvested.

His position is consistent with his atheist utilitarianism. As Singer has said: "Belonging to the human species is not what makes it morally wrong to kill a living being. Why should all members of the species homo sapiens have a right to life, whereas other species do not? This idea is merely a remnant of our religious legacy. For centuries, we have been told that man was created in the image of God, that God granted us dominion over the animals and that we have an immortal soul."

Peter Singer sees moral obligation in terms of the reciprocity of the Golden Rule. Before taking an action that affects another living being, one should ask if this action is something they would want done to themselves. He argues that it is ethical to euthanize the terminally ill, the handicapped and seriously sick babies as long as this can be done painlessly. This is to be a family decision and one decided on the basis of compassion. Singer stands squarely in the Positivist tradition. He rejects what he regards as metaphysical understandings of human beings. He finds “sanctity-of-life,” “human dignity,” and “created in the image of God” to be spurious notions without basis in fact.