Positive Images of the Conflict in Egypt


Egyptian child's drawing of the bloody conflict in Egypt. The Muslim Brotherhood burned 50 churches and Christian establishments on a single day. Note that the mosque weeps with the church and tries to comfort.

Christians at a burned down church in the city of Suez stood behind the altar with signs that read: "My fanatic brother, we came here to pray for you." Note the vested man at right front with the a scar on his forehead. He was formerly Muslim. 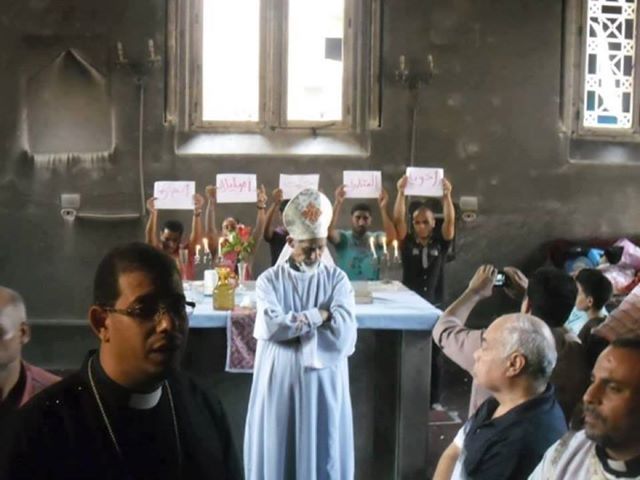 In one village, Muslim farmers went to the Coptic priest (shown below in black) and stayed with him and with other Christians guarding the village church. 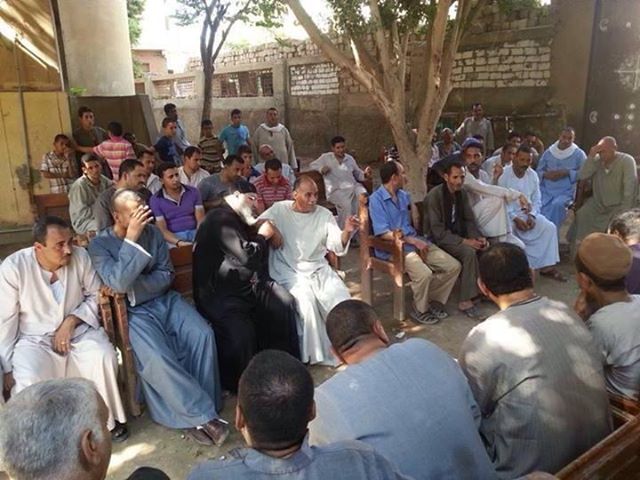 Muslims and Christians join hands to protect each other during prayer. 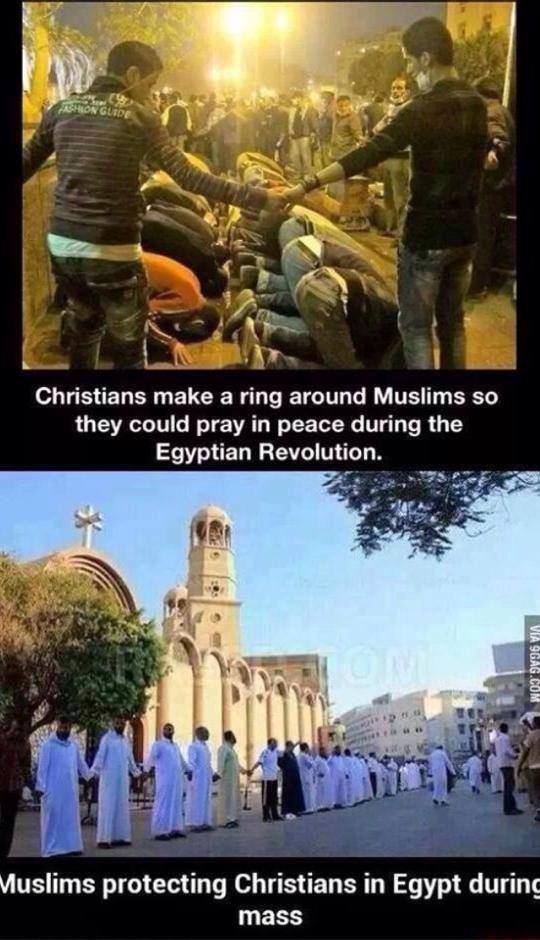 Although the altar was totally burnt, the Christ Pantocrator icon was untouched by the fire at Mar Gerges Coptic Orthodox church in Asyut. 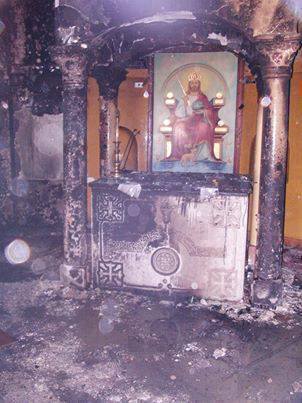