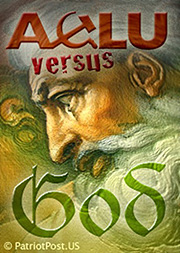 Dr. Paul Kengor, the political science professor, did some reding in the archives and found some interesting connections to Communism.

I often get asked why something I’ve found in communist archives from, say, the 1920s, pertains to America right now in the 21st century. Well, indeed, past is often prologue, as what happened a century ago is hardly irrelevant to today’s political stage.


That certainly seems the case with what I’ve found on the American Civil Liberties Union (ACLU), from its challenging of Christmas carols in public schools seven decades ago to its recent actions trying to compel Catholic hospitals to do abortions and denouncing the U.S. Conference of Catholic Bishops for opposing birth control and contraception in “health care” reform legislation. Few organizations have been as consistently radical in advancing abortion as the ACLU, to such a degree that Alan Sears and Craig Osten, authors of The ACLU vs. America, refer to “the ACLU’s crusade against the unborn child.”


How ironic that I would find the seeds of these things in communist archives or, even more directly, in the pro-communist or pro-Soviet writings of the ACLU’s founders.


On the founder of the ACLU: Roger Baldwin. To get a sense of where Baldwin stood on all of this, probably the single best source is his 1928 book, Liberty Under the Soviets. The title was no joke. This champion of American “liberties” and founder of the American Civil Liberties Union, was, like many ACLU founders and board members, alternately fascinated and enthralled with the Leninist-Stalinist state, having traveled there with other progressives in the hope that they had found the “new world.”…


This is the quite interesting, quite untold history of the founding of the ACLU, conveniently sunk into a historical-educational black hole.

Professor Kengor tried to submit the story to the New York Times, whose opinion page editor is a nice enough man to respond to him, although the answer was “No” and the editor didn’t elaborate about the ‘why not’.

This early connection of the ACLU to the Soviet legalization of abortion, which Baldwin called “a great advance,” helps explain the organization’s zeal for legal activism to uphold free and unfettered access to abortion at any time for anyone. But what’s hard to understand is why the ACLU hasn’t learned from Soviet Russia’s abortion access.

Within a decade, there were millions of abortions in the country. It got so bad that Joseph Stalin, a mass-murdering tyrant, was horrified — for pragmatic (not spiritual/moral) reasons — and temporarily banned abortion, given that entire future generations were being wiped out in the womb. Re-legalization took place under Nikita Khrushchev in the mid-1950s. By the 1970s, there were a staggering seven to eight million abortions per year in the U.S.S.R., with some five million-plus in Russia alone, according to official Soviet statistics. The very worst year for abortion in America, post-Roe, pales in comparison to the average year for abortion in the Soviet Union. It was a death culture that makes modern America look like a life culture. To the extent that Roger Baldwin, ACLU founder, supported that legalization, here was the bitter fruit.

So it’s not surprising that they join with Planned Parenthood in cases like the new law in South Dakota requiring that women have a real choice. Or any other case in which the ACLU comes down on the unreasonable side of the American liberty cause.

I thank the Illinois House Agriculture Committee for its efforts to close a loophole that traps women in unfettered abortion facilities. Women need the peace of mind that every surgical facility in Illinois plays by the rules,” says Breen. “I’m amazed that the ACLU found the time and money to print t-shirts mocking this committee for standing up for women’s rights, rights that require abortion facilities to match standards including licensing, a statutory number of scrub stations, and washable ceilings in the procedure and recovery rooms and ventilation. Why is the ACLU opposing sanitary medical facilities for women?”