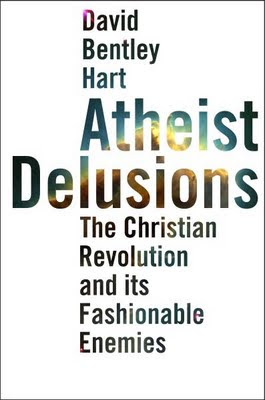 David Bentley Hart is visiting professor, Theology Department, Providence College, and author of several books, including In the Aftermath: Provocations and Laments and The Beauty of the Infinite: The Aesthetics of Christian Truth. Hart is a Christian in the Orthodox Church. He is the younger brother of the Anglican priest Robert Hart of The Continuum. (The third Hart brother is a Roman Catholic priest. The conversation around the table when the three brothers are together must be interesting!)

Currently it is fashionable to be devoutly undevout. Religion’s most passionate antagonists—Christopher Hitchens, Richard Dawkins, Daniel Dennett, Sam Harris, and others—have publishers competing eagerly to market their various denunciations of religion, monotheism, Christianity, and Roman Catholicism. But contemporary antireligious polemics are based not only upon profound conceptual confusions but upon facile simplifications of history or even outright historical ignorance: so contends David Bentley Hart in this bold correction of the distortions. One of the most brilliant scholars of religion of our time, Hart provides a powerful antidote to the New Atheists’ misrepresentations of the Christian past, bringing into focus the truth about the most radical revolution in Western history.

Hart outlines how Christianity transformed the ancient world in ways we may have forgotten: bringing liberation from fatalism, conferring great dignity on human beings, subverting the cruelest aspects of pagan society, and elevating charity above all virtues. He then argues that what we term the “Age of Reason” was in fact the beginning of the eclipse of reason’s authority as a cultural value. Hart closes the book in the present, delineating the ominous consequences of the decline of Christendom in a culture that is built upon its moral and spiritual values.

Email ThisBlogThis!Share to TwitterShare to FacebookShare to Pinterest
Labels: atheism