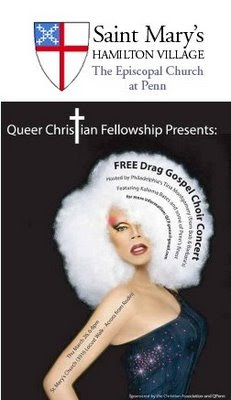 “In prior years the Committee on the State of the Church often heard the criticism that our church seemed unwilling to recognize the presence of a major source of internal controversy that some argued was having an impact on our common life, as reflected in declining membership and attendance statistics,” the Blue Book Report states. “The metaphor most often used was that we ‘failed to acknowledge the elephant in the room’, referring to what many viewed as the momentous decision by the 74th General Convention (2003) to consent to the consecration of the Bishop of New Hampshire.”

There are some indications that what the committee describes as “tensions” are growing in congregations. In a similar survey undertaken in 2005, 37 percent of congregations reported serious conflict that resulted in at least some members leaving. About one-third of those responding in 2005 attributed the conflict to decisions made during the 2003 General Convention. In a similar survey conducted in 2008, 64 percent of congregations reported some level of conflict over the ordination of homosexual clergy, with most reporting such conflict to be serious.

Another report says, "In the Episcopal Church, size apparently doesn't matter. As the church shrinks, its cries for inclusivity and diversity grow louder and louder. The latest figures for Episcopal Church attendance do not augur well."

The 77th annual edition of the Yearbook of American & Canadian Churches, long a highly regarded chronicler of growth and financial trends of religious institutions, records a slight but startling decline in membership of the nation's largest Christian communions. In 2007, The Episcopal Church said it had 2,116,749 baptized members down 1.76 percent. A more accurate reading of TEC, based on Fast Facts from a church source, showed that Average Sunday Attendance, had gone from 765,326 to 727,822 in 2007. While 2008 is not known at this time, nor are the first two months of 2009, it is hard to imagine that the church can still claim 700,000 active members.

The overall picture is not comforting. Only one diocese, South Carolina showed any sign of growth. The aggressive Anglican Mission in the Americas (AMIA), headquartered in Pawleys Island, just miles down the road from the Diocese of South Carolina's headquarters in Charleston is making inroads in that part of the country, no doubt to the chagrin of Bishop Mark Lawrence.

While TEC slowly sinks, news comes that the yet to be inaugurated Anglican Church in North America (ACNA) is making great strides forward. A story in today's digest shows remarkable strength even before it makes its official debut in June, according to figures revealed by its leaders.