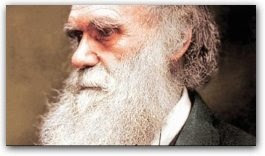 It is one of the tragedies of humanity that brain-power is so seldom accompanied by judgment, sceptical moderation or even common sense.

The more I see of the intellectual world and its frailties, the more I appreciate the truth of G.K. Chesterton’s saying: ‘When people cease to believe in God, they do not believe in nothing. They believe in anything.’ It is one of the tragedies of humanity that brain-power is so seldom accompanied by judgment, sceptical moderation or even common sense. The vacuum left by the retreat of formal religion is most commonly filled, today, by forms of pantheism …

The atheistic pantheists who have now taken to advertising their beliefs on buses stand close to those who wish to deify Charles Darwin, and have taken the opportunity to do so on the 200th anniversary of his birth. Of course they are not the first. Leslie Stephen, a former clergyman who lost his faith as a result of On the Origin of Species, ‘admired Darwin as a god’, and some of the things he wrote, about his centrality in modern intellectual history, have the flavour of the Apocalypse. Much rubbish is currently being published about Darwin as a ’super-scientist’ and ‘transcendental prophet of the humanist triumph’ (two expressions I have noted in the last week, one on the BBC). They do not do the poor man justice, for he was not only a fine scientist but a modest man of rare decency and dignity who would have found his current apotheosis repellent and frightening. If ever a good man needed to be saved from his followers, it is he.